Will Connors has kept his place at no7 for Ireland’s final Six Nations game against France in Paris this Saturday.

The former North Kildare Rugby player and under age Cappagh Gaa player Connors scored a try and was named player of the match in the victory over Italy at the Aviva Stadium last weekend.

Connors will be hoping he can help Ireland claim the Six Nations Championship title, with a bonus point victory needed to guarantee it as England will be expected to put up a big score against the Italians in the day’s earlier game in Rome.

Well done to Kirsten Monaghan of the North Kildare Eagles u18 girls basketball team who won MVP (most valued player) when her side played in a tournament in UL on Saturday last. 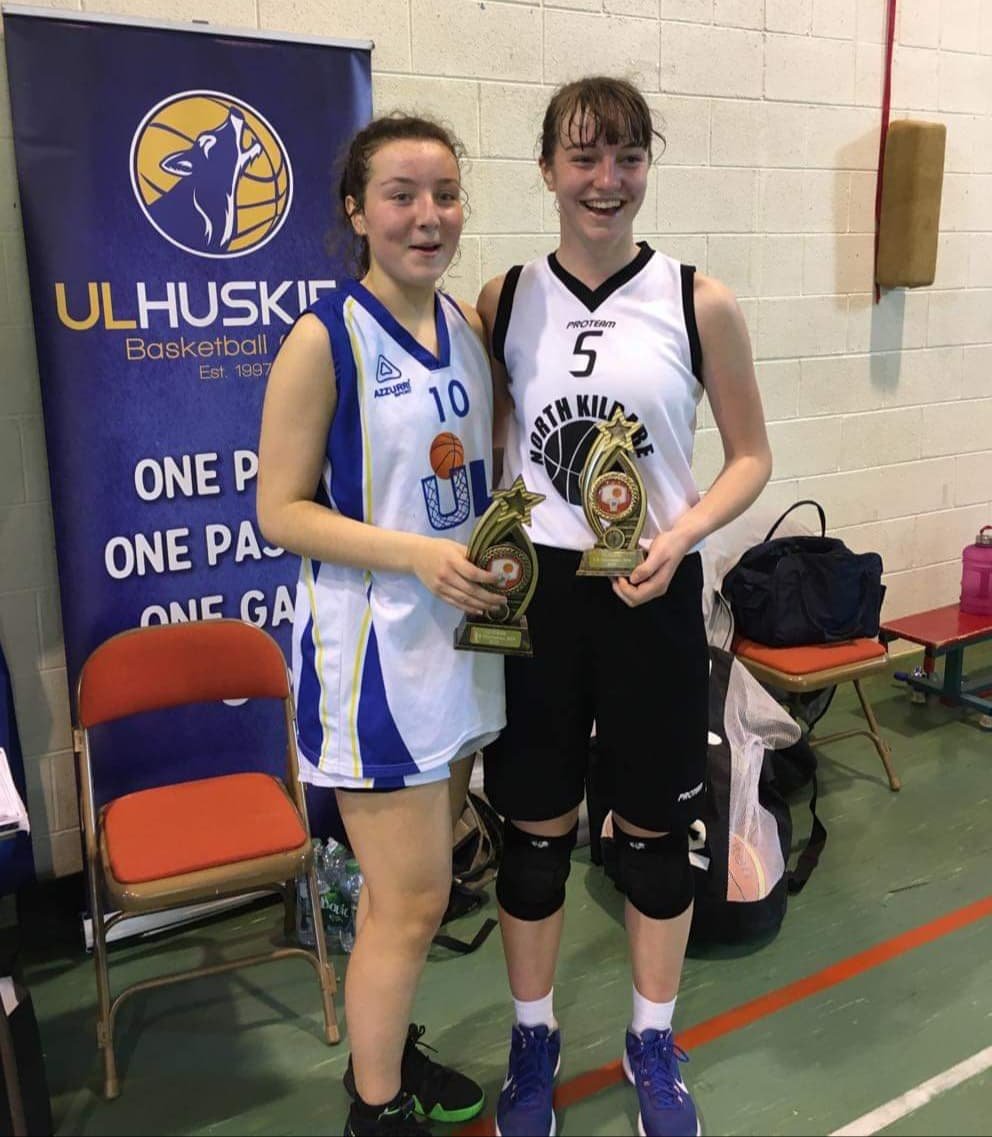 The Eagles finished third in the tournament, beating the hosts UL Huskies & losing to Titans from Galway & St Colms from Limerick.

Monaghan, who is also a top athlete with her club St Cocas in Kilcock, was joined on The Eagles team by fellow Kilcock girls Katie Goodwin, Caoimhe Matthews & Hanna Eneaneke. The rest of team are made up of girls from Maynooth, Leixlip & Naas.

Orla Reidy after finishing 5th in the All-Irelands in Waterford

Blackhall Gaels suffered another home defeat in Division 2 of the Meath SFL when they lost out to Rathkenny on a full time score of 1-18 to 2-10 in Kilcloon. Two second half goals from Alan Nestor helped the hosts come from nine points down at half time to level proceedings going into the final five minutes but Rathkenny kicked on again to win by five. Nestor top scored for Blackhall with 2-5. The loss leaves Liam Keane’s men with only two points from a possible ten and they will need to start picking up some wins soon to avoid dropping down to Division 3.

This morning it’s the turn of the second team as they welcome Navan O’Mahoneys to Kilcloon in Division 2 of the B League.

Blackhall Gaels senior ladies game against neighbours Moynalvey, scheduled for Saturday evening, was postponed due to an unplayable pitch.

In Kildare, Kilcock travelled to Athy for round 2 of the Aldridge Cup on Saturday evening. Kilcock put in another decent performance against senior championship opposition (they lost to Naas in round 1) but still came up short on a scoreline of 1-15 to 1-10.

Congratulations to StCocas Ac athlete Orla Reidy, representing Maynooth Post Primary School, who finished 5th in the schools All Ireland in Waterford today. Orla will now go on and represent Ireland in Nottingham in 2 weeks time.

Well done to her coaches Larry Kelly & Michael Reidy in getting her there.

This morning StCocas will be well represented at the annual Bohermeen half marathon in County Meath.

North Kildare senior mens first team are on the road for their penultimate league game with a trip to near neighbours Coolmine. They need a win to secure their status in 1B. Kick off today is at 3pm.

Kilcock’s Aaron Brilly makes the trip to Drogheda United today with his Athlone Town team mates for their second game in the First Division of the SSE Airtricity League. Athlone suffered a heavy 4-1 loss at home to Galway United in their first game. Kick off today is at 3pm.

Finally I would like to wish all you fantastic mothers out there a very Happy Mother’s Day. Especiall my own mother Sarah. ❤

Please join us later for our Sunday night review.

Scoil Dara Kilcock fielded a Junior Rugby side for the first time ever today, when they travelled to Barnhall Rugby Club for a Junior blitz.

The lads, trained by Niall McCann and Mr Fanciulli, played five games, amazingly winning all five. Local rivals Maynooth Post Primary were one of the teams dispatched, along with Dunlavin, Confey, Cross and Passion Kilcullen and Celbridge Community School.

Scoil Dara also has a senior squad in the school but it’ the first time the school has played a game.

Niall McCann spoke to extratimesportlive.com in the aftermath of the school’s flying start; “There was some great rugby played this morning by the lads in Barnhall. We had two teams from the North Kildare RFC area taking part, both Maynooth PPS and Scoil Dara. It was extra special for Scoil dara as they were fielding a rugby team for the first time. Fair play to the lads, it’s a great start and their is some decent talent after been unearthed.”

Scoil Dara would be more notable for producing Gaa and soccer stars through the years but maybe just maybe instead of a future Ciaran Kilduff or Ciaran Fitzpatrick, we might see the next Johnny Sexton coming out those green gates!!

As a past pupil the only rugby yours truly played there was 30v30 on the tarmac of the basketball courts at lunchtime. Needless to say that didn’t last long after a couple of ambulance appearances.