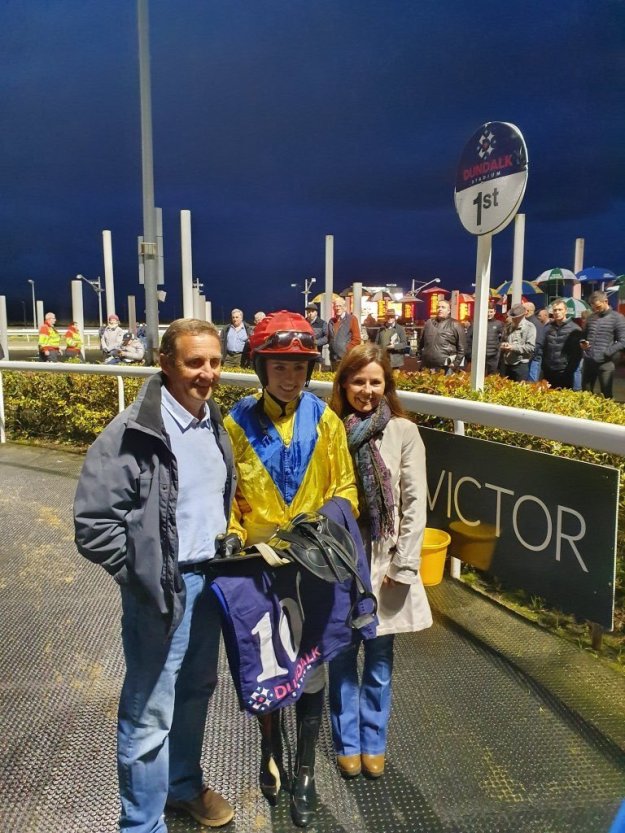 Geological recorded his twelfth career success as he kept on best to land the Dundalk Stadium – Light Up Your Night Handicap, giving Kildare jockey Vanessa Maye her second career win in the process.

The Damian English trained seven-year-old also provided the young apprentice Maye with her first career win here a fortnight ago.

The son of Rock Gibraltar raced prominently alongside top-weight Gordon Lord Byron before been pushed along into a narrow lead from early in the straight, going on to maintain that advantage all the way to the line, going on to prevail by three parts of a length.

Veteran Gordon Lord Byron was second under Colin Keane while Urban Beat was a further half a length back in third, with Shane Kelly onboard this one.

Winning trainer English was full of praise for both Geological and Maye after the race; “What a horse.

“When he’s rated below 80 he’s lethal and with Vanessa’s 10lb claim that brought him below 80 again.

“What a servant, that’s his 12th win. What more can I say and he’s going to keep going here all winter.

“Vanessa said he absolutely tanked to the start and in better form than he was the last night.

“We’ve always tried to qualify him for Lingfield but it’s just never happened. Maybe this year we’ll have a go at it again and we’ll see what happens.

“The horse is in great form and we’ll keep tipping away.

“You could see there tonight with Colin (on Gordon Lord Byron) taking him on and Vanessa using her head. She’s a very very good rider and she’s one of the best apprentices I’ve seen.

“She keeps horses balanced, she doesn’t complicate it and she has a good head on her shoulders.” 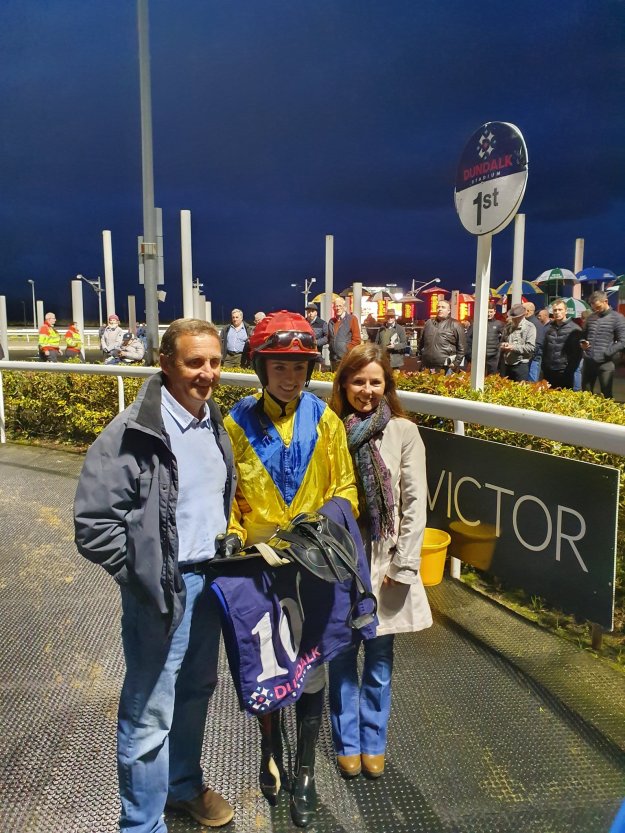 The victory was one of the most popular on the night as ‘Geological’ won on his 100th career start and 55th (5wins) at the County Louth track, giving Maye her first victory.

Maye got the eventual 22/1 winner to the front one furlong in and found herself two lengths clear with two furlongs remaining, before extending that advantage and though they were slightly reeled in close to home, they held on well.

‘Geological’ has a habit of giving jockeys their first career win, with 10lb claimer Maye the 3rd jockey to benefit from the Damian English trained legend crossing the line with its nose in front.

English gave his reasons for booking the highly rated Maye; “We thought her 10lb claim would come in handy and he’s won twice before for girls so we thought we’d give it a go. That’s the third jockey he’s given a first winner to as well”

The former Scoil Choca Naofa and Scoil Dara Kilcock student, who works out of Jack Davison’s yard in Dunboyne has a very promising future.

Kildare jockey Robbie Downey is actively protesting his innocence saying he will definitely be appealing and doing everything he can to clear his name after receiving a 6-month suspension from racing authorities in France after allegedly testing positive for taking cocaine. 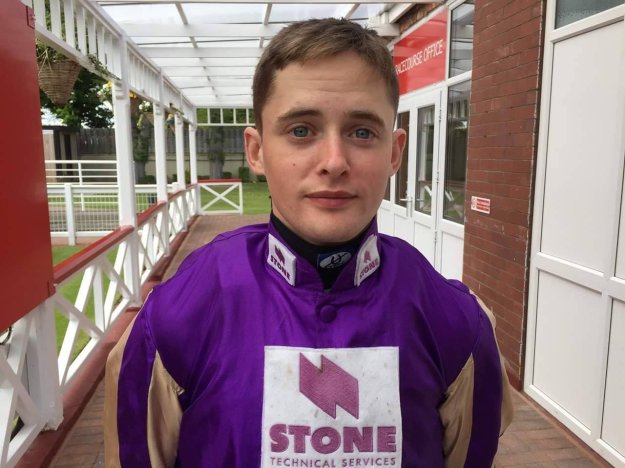 The 24 year old, who is based in Britain, has had two independent hair tests carried out, which returned negative results for the drug, however the authorities in France have refused to take them into consideration.

Understandably Downey is upset by this and has made public the results of his tests, saying he is “bitterly disappointed to have been found in breach” and that authorities have ignored the medical evidence he presented which shows he has not taken the drug.

An official report posted by France Galop reveals that Downey, who has been used mainly this season by trainers David O’Meara and David Barron and who has ridden nine UK winners, tested positive for metabolics of cocaine while in action at Lion d’Angers on June 19th of this year.

At a France Galop hearing on October 3rd, the Kilcock native was found guilty. The verdict has stunned Downey and indeed the Professional Jockey’s Association, who will ask, if necessary, that the BHA reciporate the punishment which is due to come into effect from October 24th to April 23rd 2020.

The PJA have claimed a complete miscarriage of justice after the France Galop imposed a six month suspension for allegedly riding under the influence of cocaine, despite Downey providing two hair tests that returned negative for the drug.

The PJA’s plan to appeal this comes in light of the BHA announcing last month that it may introduce hair testing, give that drug use can be detected in hair three months after consumption.

“As soon as Robbie found out that his ‘A’ sample had returned a positive result he immediately paid for a hair sample at an accredited British laboratory in order to prove his innocence. He also paid for a second hair sample at an accredited French laboratory and both of these tests returned negative. These results clearly demonstrate that he hasn’t taken cocaine. We are greatly concerned that these two seperate and independent results have been ignored by France Galop. 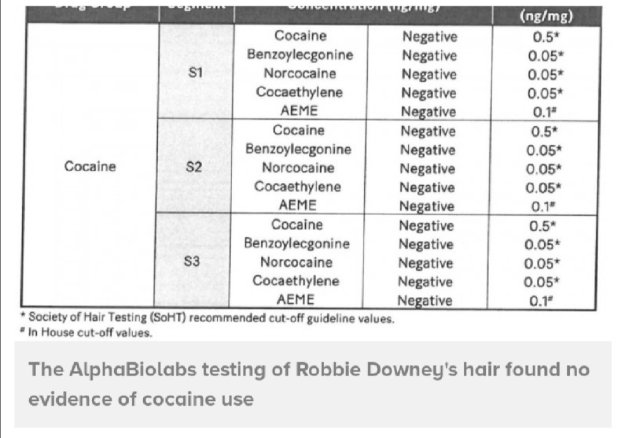 “It is unclear why France Galop is refusing to apply the same testing thresholds that operate in other testing regimes and why they refuse to disclose the levels in Robbie’s urine, this despite the fact Robbie asked them to do so when reporting the analysis of his ‘B’ sample.

“We are therefore taking the unprecedented step of making those hair samples public to demonstrate that Robbie is telling the truth.

“The BHA recently announced that they would be bringing in hair sampling as an additional testing matrix and Robbie has two such samples that prove his innocence.

“In those circumstances it would be a grave injustice were he to be banned for six months for something he clearly hasn’t done.

In the publicised summary of the hearing the France Galop noted that, while the hair samples showed that Downey was not a habitual user of cocaine, they did not prove conclusively that he had not consumed the drug.

Downey said; “I am 100% innocent and have never taken the drug. I have two negative hair samples to back this up and I will be definitely appealing and doing everything I can to clear my name”

Maynooth man Sean Davis partnered the Richard Fahey trained Crownthorpe to a convincing win in the ‘Racebets Money Back 2nd 3rd 4th Handicap Stakes’ at York Racecourse in the 2.40 on Friday. 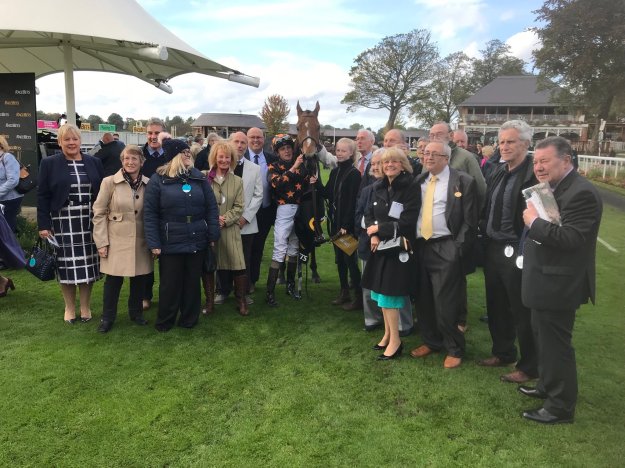 3lb claimer Davis, who is currently in a battle with Cieren Fallon for the British Apprentice Championship title, sent Crownthorpe to the front just over one furlong out before keeping on strongly to win by 2 & 1/4 lengths, with Firmament back in second place.

Today’s victory is in stark contrast to the last time the pair partnered up at York on August 22nd when Crownthorpe unseated Davis at the start before galloping on with the rest of the field.

There is no denying that he can be a tricky horse on his day but owners and trainers alike will forgive him this following today’s fine win at one of Britain’s finest and most popular tracks.

One punter on Twitter said of Crownthorpe: “Lst four runs. U36F Not often you see a horse with more letters than numbers in his Flat form but you can add a 1 now to Crownthorpe, who has won the 2.40 at York” 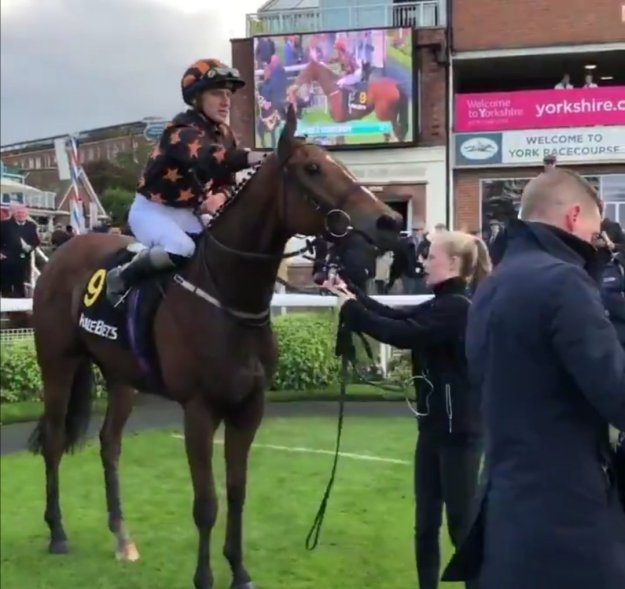 Crownthorpe also won best turned out for the race. And jockey Davis is now back to within seven of Fallon with just over a week to go in the race to be crowned Champion Apprentice. 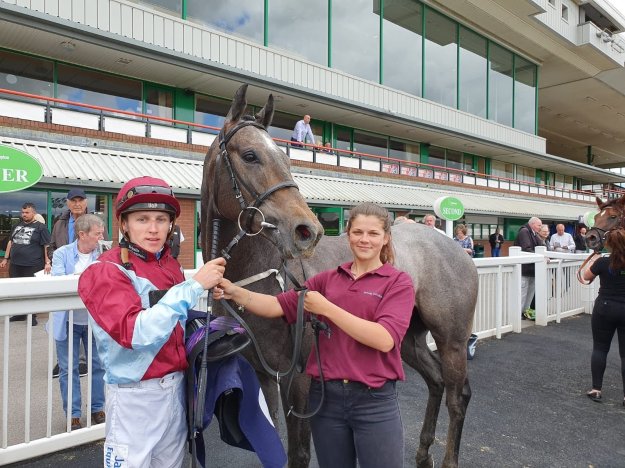 The Fahey-trained Primeiro Boy relished the step up to seven furlongs for the first time to win at 33-1 in the opening classified stakes, while stablemate Micronize registered his maiden victory at the 15th attempt, staying on best to score by a neck in the 6f handicap at 25-1.

Davis replaced the ill Jim Crowley on the Simcock-trained Moment Of Hope in the 1m4f novice median auction, who scored for the second time in three starts by a neck at 8-1

Davis, previously based with Ger Lyons in Ireland, said on Sky Sports Racing: “It’s been a great day and I couldn’t have asked for better. It means a lot to ride my first treble and I have to thank everyone who has supported me.

“They went a really good pace which suited Primeiro Boy, who saw the trip out well, while Micronize had a desperate draw but the drop in trip did the trick.

“Richard [Fahey] always felt he was capable of winning a couple of races once things went right for him.

“I was thankful to get the ride on Moment Of Hope – she’s progressive, tried hard and did it well.”

Davis, who was suspended from 17-19 July for offences relating to failing to ride to his draw and careless riding aboard Micronize, leads the Stobart apprentice jockeys’ championship by six winners and heads to Hamilton for six mounts on Tuesday.

It’s January 22nd 2019 and County Kildare man Robbie Downey is sitting alongside fellow Jockey and friend Leigh Roche in the departure lounge of Mumbai Airport. The pair are waiting to board a flight to Kolkata and as they do so Robbie thankfully takes the time out to return a WhatsApp call I made earlier in the day.

Downey arrived in India two months previously in November for their winter season, not knowing what to expect and leaving the safety net of his family and friends many thousands of miles behind him. And though there was always going to be a certain amount of fear and trepidation, he took the jump, feeling he had nothing to lose; “Ahh yeah to be honest I felt the timing was right. Things had gone a bit stale at home and I had moved to England for a short period but this was something that I always felt I wanted to do so when the opportunity arose I grabbed it with both hands. I am grateful Leigh is over here as well as it could be a lonely place without a familiar face. ” 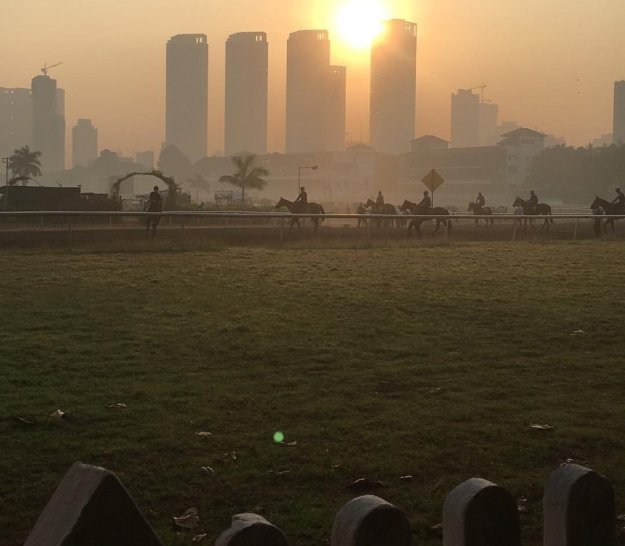 “I came here in November for their Winter Season. Coming over was a bit of a shock, one of my first thoughts were oh no what am I letting myself in for, this reaction hit as the plane began to descend into Mumbai. I could start to smell the river as it flows out to sea and the unbearable stench of the sewage coming from it. When we hit the city of Mumbai itself for the first time the first things I noticed were the people everywhere, the constant noise and the heat that just hit us when we got out of our taxi. Walking through the city I found there is so much pollution, mainly from the fumes of the exhausts and to be honest I found it hard to breathe at times. In fairness though we found out pretty quickly that the lifestyle is okay for jockeys over here. I found that the natives around Mumbai are either really rich or really really poor. It was a wake up call to see people starving to death on the side of the road. It woke me up and made me realise how lucky I actually am. 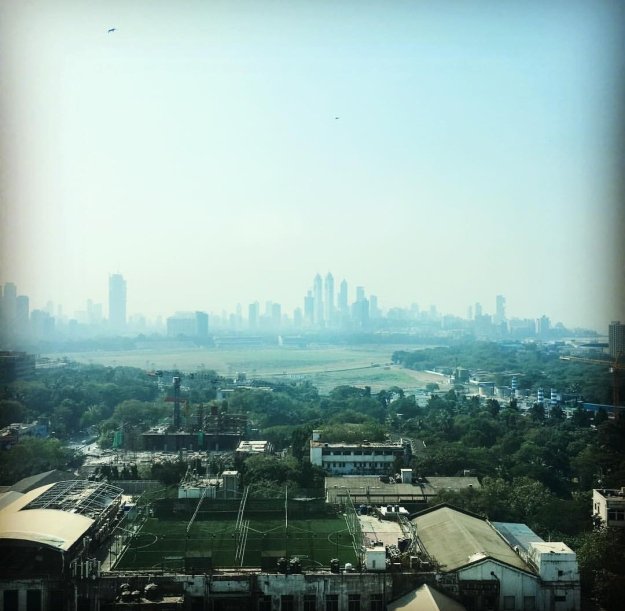