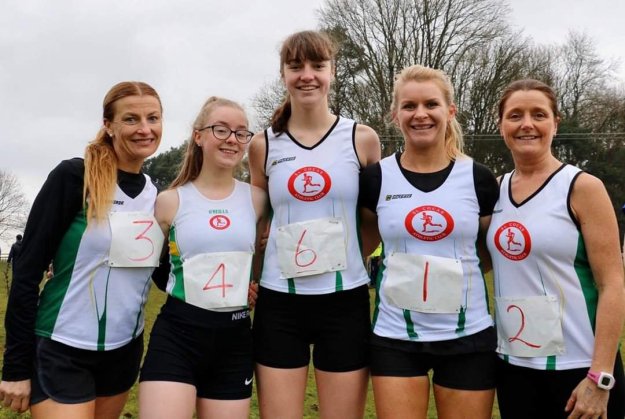 St Cocas AC had a fine morning on The Curragh at the Kildare Cross Country Championships last Sunday, December 1st.

In what was the last Kildare fixture of the year, the Kilcock based club fielded two u10 teams, three u12 and two u14 teams in the new mixed relays.

The u14s team consisting of Daniel Geraghty, Aoishe Gormley, Sadhbh Buckley and Brian Caffrey won their race with some fine running from all.

After the underage relays it was the turn of the seniors. First up in the senior women’s 4k, Áine Burke finished 3rd individually, leading her team to 2nd place overall, with Kirsten Monaghan, Lynda Gormley, Niamh Cleary and Olivia Bermingham and Burke picking up silver.

In the men’s race 17 year old Eoin Richards became one of the youngest athletes to win the race when he had an impressive win in the senior 10k race.

Eoin’s victory, along with some fine performances from the rest of the team, meant that St Cocas picked up bronze in the senior men’s team event. Backing Eoin up were Shane McNerney, Niall O’Reilly, Leeroy Graham, Patrick Conlon and Henry Cahill. 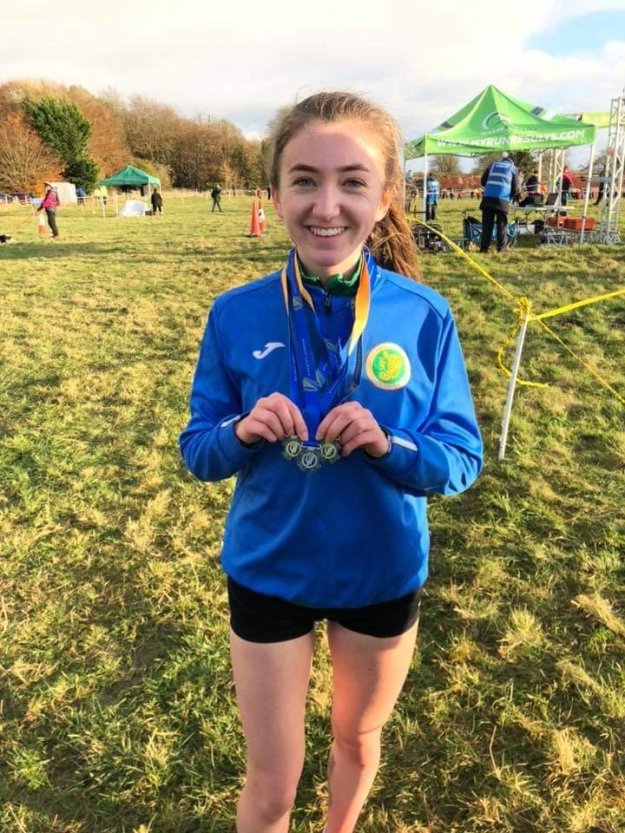 St Cocas AC athlete Aoife O’Cuill has been selected for Ireland’s u20 Cross Country team to compete in the upcoming European Championships, that are due to take place in Lisbon on the 8th of December this year. 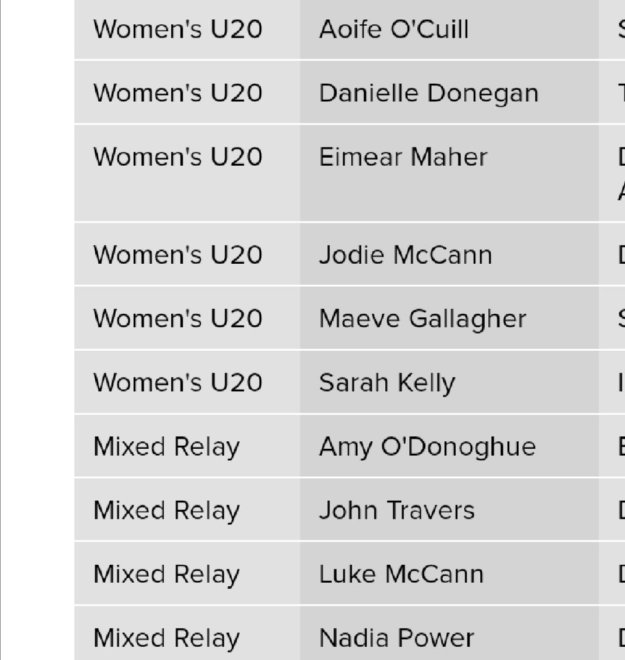 Aoife is the current u20/Junior Leinster Cross Country champion and she finished in 5th place at yesterday’s All-Ireland Championships at the same age group in Abbotstown.

It won’t be the first time that the Newtown native will pull on the green singlet, as she represented her country on the track over 3000m in the Celtic Games in Scotland in August 2018.

Aoife is a past secondary school student in Maynooth and the took to Facebook today to send their best wishes to one of Irish Athletics rising stars: “We send our warmest congratulations and good wishes to past pupil Aoife O’Cuill who has been selected for Ireland’s U20 Cross Country team to compete in the upcoming European Championships. Aoife has had great success while running for her school and club and now we wish her the best of luck as she runs for her country” 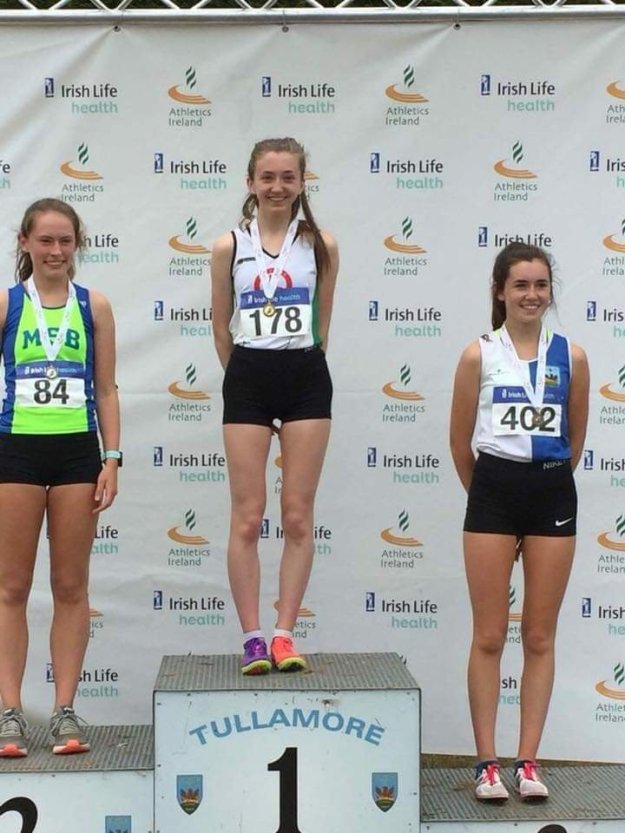 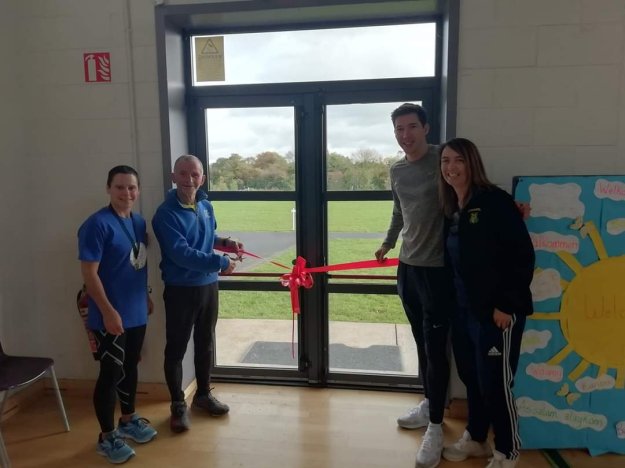 Legendary Kilcock athlete Bobby King was announced as president of St Cocas AC Kilcock at their annual AGM, which was held on Friday 15th November last.

A special motion was unanimously passed to nominate King as Club President in recognition of his long and highly decorated career in Athletics and as a founding member of the club some 40 years ago.

Also on the night, a new management committee was elected, chaired by Larry Kelly. We here at Extra Time Sport would like to wish the new committee every success for the coming year and look forward to keeping up our great relationship. 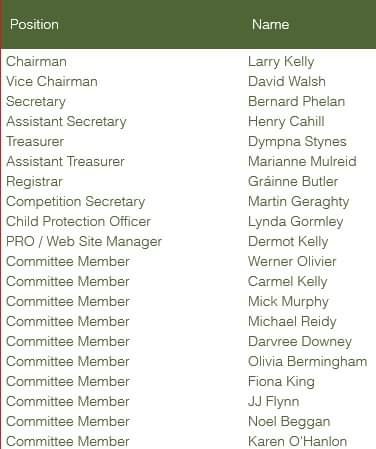 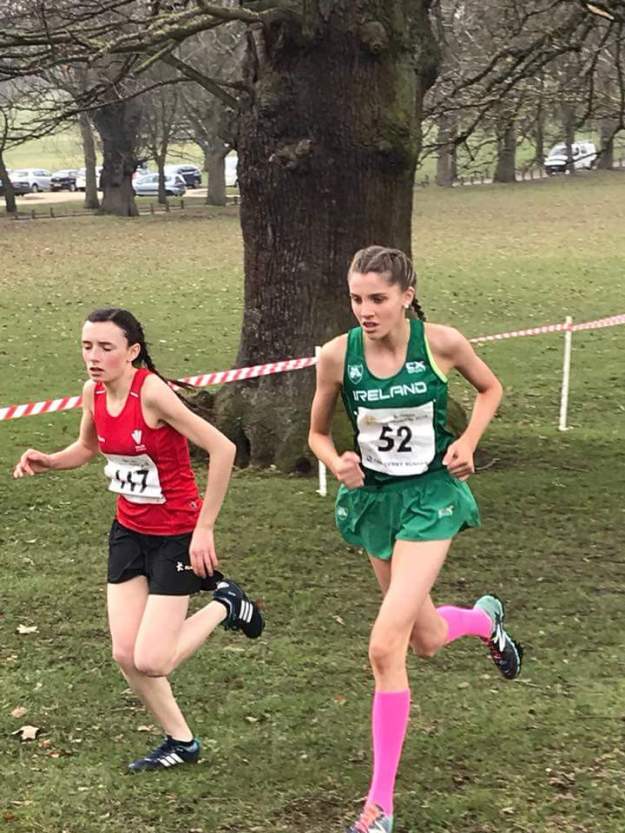 Orla Reidy in action in Nottingham

Orla’s improved her position by three places amongst her Irish team mates as she had previously finished 5th in the All-Irelands in Waterford a few weeks ago.

Congratulations Orla from everyone at home. Orla will become the first girl from St.Cocas to represent Ireland at schools level and qualifies after her 5th place finish two weeks ago in the All-Irelands in Waterford.

The event is part of the Home Countries International (4 nations) and sees 16 Irish schools’ athletes compete. Orla ran for Maynooth Post Primary in the Leinsters and All-Irelands, with the St.Cocas runner firstly capturing the Leinster Schools Intermediate Cross Country title in Santry on February 21st before her 5th place finish in Waterford.

Orla’s achievements so far are all the more remarakable as she is also eligible for the Intermediate ranks again next year.

The junior girls will compete over 4km with the Intermediate girls (Orla’s race) competing over 4.5km.

Well done to her coaches Larry Kelly & Michael Reidy in helping her to reach this level. 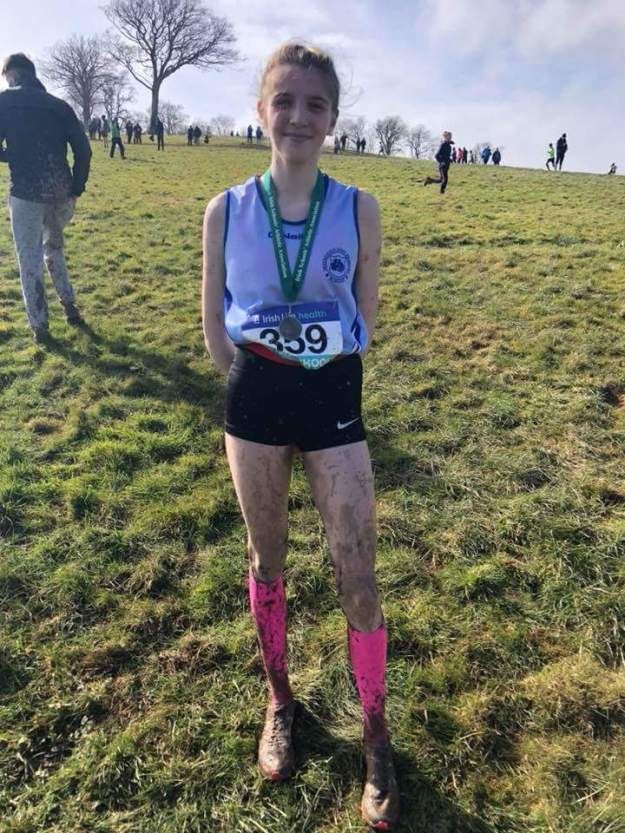 Orla Reidy after finishing 5th in the All-Irelands in Waterford

Blackhall Gaels suffered another home defeat in Division 2 of the Meath SFL when they lost out to Rathkenny on a full time score of 1-18 to 2-10 in Kilcloon. Two second half goals from Alan Nestor helped the hosts come from nine points down at half time to level proceedings going into the final five minutes but Rathkenny kicked on again to win by five. Nestor top scored for Blackhall with 2-5. The loss leaves Liam Keane’s men with only two points from a possible ten and they will need to start picking up some wins soon to avoid dropping down to Division 3.

This morning it’s the turn of the second team as they welcome Navan O’Mahoneys to Kilcloon in Division 2 of the B League.

Blackhall Gaels senior ladies game against neighbours Moynalvey, scheduled for Saturday evening, was postponed due to an unplayable pitch.

In Kildare, Kilcock travelled to Athy for round 2 of the Aldridge Cup on Saturday evening. Kilcock put in another decent performance against senior championship opposition (they lost to Naas in round 1) but still came up short on a scoreline of 1-15 to 1-10.

Congratulations to StCocas Ac athlete Orla Reidy, representing Maynooth Post Primary School, who finished 5th in the schools All Ireland in Waterford today. Orla will now go on and represent Ireland in Nottingham in 2 weeks time.

Well done to her coaches Larry Kelly & Michael Reidy in getting her there.

This morning StCocas will be well represented at the annual Bohermeen half marathon in County Meath.

North Kildare senior mens first team are on the road for their penultimate league game with a trip to near neighbours Coolmine. They need a win to secure their status in 1B. Kick off today is at 3pm.

Kilcock’s Aaron Brilly makes the trip to Drogheda United today with his Athlone Town team mates for their second game in the First Division of the SSE Airtricity League. Athlone suffered a heavy 4-1 loss at home to Galway United in their first game. Kick off today is at 3pm.

Finally I would like to wish all you fantastic mothers out there a very Happy Mother’s Day. Especiall my own mother Sarah. ❤

Please join us later for our Sunday night review.

The Intermediate race was ran over a distance of 3500 metres.

Orla’s win is all the more special as she is also eligible for the Intermediate ranks again next year. She will now also progress to the All-Irelands.

Both Orla and her St.Cocas team mate Aoife O’Cuill, who ran a great race to qualify for the All Ireland finals next month, were representing Maynooth Post Primary. Aoife ran in the Senior race, over a distance of 2500 metres.

St.Cocas AC were quick to congratulate all their athletes on their Facebook page this evening; “Congratulations to all athletes who represented their schools today in the Leinster Cross Country Championships in Santry. A special congratulations goes to Orla Reidy who won gold in the Intermediate girls race and is now Leinster Champion. Well done also Aoife O’Cuill who ran a great race to qualify for the All Ireland finals next month.”

Please find below a break down of the school’s different ages for the respective years. 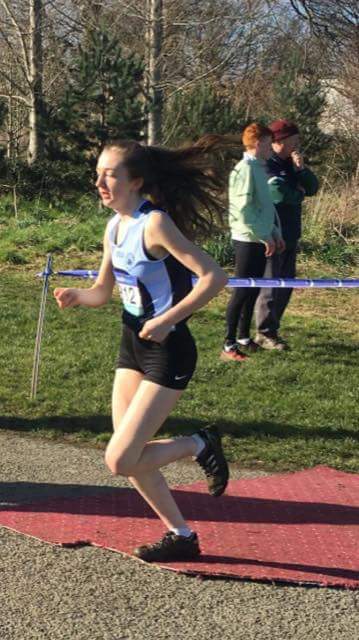