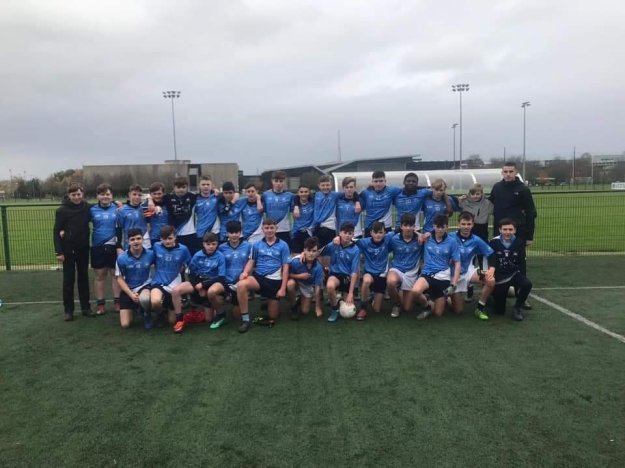 Well done to the Maynooth Post Primary/Community College u14 boys footballers who beat Coláiste Eoin in UCD today to reach the Dublin A Final.

The lads trailed by nine points at one stage in the second half but turned the game on its head to win by three on a full time score of 4-11 to 4-08.

It turned out to be a mixed day for the school’s footballers as their senior boys team suffered heartbreak when conceding a late goal at home to St Aidan’s Whitehall in the Leinster Senior A Championship, ending their campaign for this year.

Maynooth trailed by 1-07 to 0-06 at the break and after fighting back to eventually take the lead, they conceded the late goal to lose by a point.