Kilcock’s Shelbourne FC striker Ciarán Kilduff has been nominated for the SWAI and SSE Airtricity League player of the month award following some fine performances and crucial goals for the Tolka Park side in June.

Kilduff, who is the sole representative from the first division, is there on merit following goals in important games against Drogheda United and Limerick FC, as The Reds won all three games during the month, extending their winning run to seven in a row in the process.

The former Dundalk striker has also been a pivotal target man, bringing more than just his finishing prowess to Ian Morris’ league leading side. His work rate up top is immense, winning and holding up the ball on almost every attack. A perfect fit for Shelbourne as they continue their push for promotion. 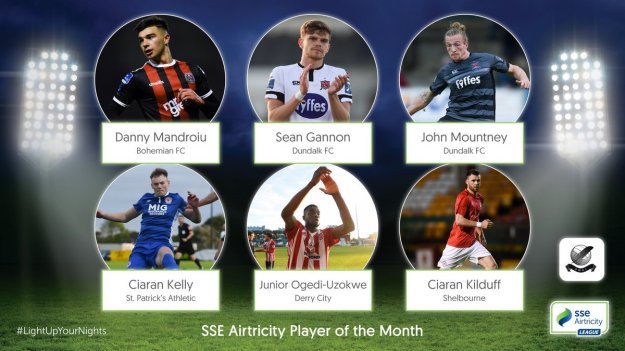