Kilcock’s adopted son Brian Murray was honoured along with his Donegal team mates during half time of last Sunday’s Ulster final between Tyrone and Down in Clones for their success in capturing the title in 1992.

The occassion marked the 25th anniversary of his sides 0-14 to 1-9 victory over Derry at the same venue.

The players and management were kitted out for the day by Magees of Donegal Town, where they met up on the Sunday morning before departing for St Tiernach’s Park.

The team travelled to Clones, just like they did 25 years earlier, courtesy of Marleys Coaches with Francie Marley, just like he was in ’92, behind the wheel.

After the game the entire squad and management were the special guests at a celebratory meal in the Four Seasons Hotel, before going their seperate ways.

Except for Jim McGuinness (Beijing), Charlie Mulgrew (holidays) and John Joe Doherty (family bereavement), all the rest of the ’92 squad turned out on the day.

Murray and his team mates went on to beat Mayo in the All-Ireland semi final by 0-13 to 0-09 before defeating Dublin 0-18 to 0-14 in the final. They will be honoured again before the All-Ireland football final in September.

Murray now resides in Kilcock along with his wife Della and two children Ciaran and Lorna. All four are heavily involved in the local Gaa scene, where Brian himself played and managed for a number of years. 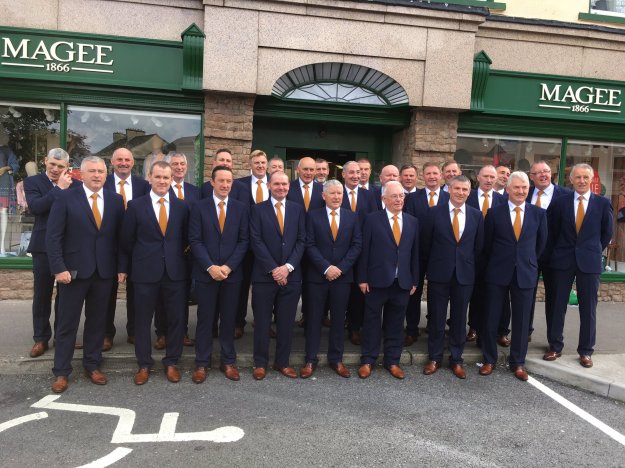