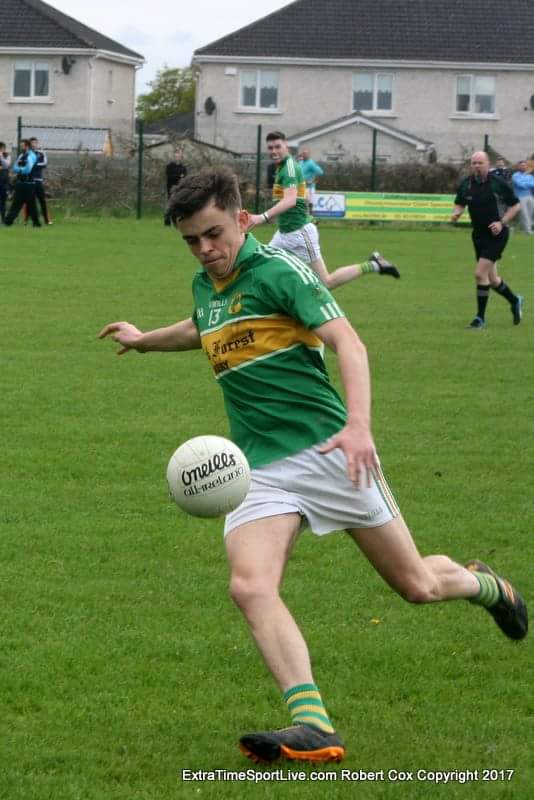 The Courtyard Hotel Leixlip IFC round one

Kilcullen were promoted to the intermediate ranks after overcoming Milltown in a replay of last year’s junior final, before going on an impressive run through the Leinster Championship that saw them lose at the semi-final stage to Bracknagh. They have a team that is well set up to keep their heads above water in this year’s campaign, and Sunday’s tie against Kilcock presented the perfect opportunity to settle into their new surroundings.

From the get go this was an intriguing encounter in which neither side ever looked destined to pull away from the other, and it remained that way right through.

The first half finished all square, with Kilcullen hitting the major score of the half through Brian Bell as he rustled the net in the 22nd minute. That goal came at an important time for the Rags as they had conceded four points in a row as Kilcock powered into a 0-6 to 0-2 lead, with Eoin McArdle striking three points from play during that period for the leaders.

Points from Darragh Timolin and Paul Jones before the interval helped Kilcullen to go in level as the scores stood 1-4 to 0-7 at the break.

The second half was every bit as even as both sides traded blows continuosly, with David Marshall landing two for the Rags while Daragh McArdle and Willie Bright were on target for Kilcock. Outside of the excellent Marshall, Paul Bell was Kilcullen’s only other scorer before the end of the game as he floated over a beautiful long range point, and at the other end Eoin and Daragh McArdle pointed frees either side of an excellent score from Bright as Kilcock led by one with 10 minutes to go.

Marshall levelled matters with a free from the right wing in the 53rd minute, and it looked like anyone’s game by this stage.

A frantic final 10 minutes ensued in which both sides squandered gilt-edged chances to find a winner in almost comical fashion, but a draw was probably a fair outcome and these two sides will meet again on Thursday night to determine a winner.