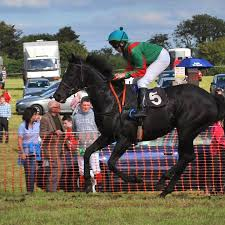 Young Kilcock Jockey Robbie Downey enjoyed more success in the past week, picking up two more winners at Dundalk racecourse. Downey, who had already enjoyed a fruitful year prior to last Wednesday’s meeting at the county Louth track, added to his seven winners on board the Peter Casey trained Hello Humpfrey in The Dundalk Stadium On Facebook Handicap (Div 1) over a distance of 1m 2f. The eventual winner, who was drawn in stall two and went off the 7/2jf beat 9/1 shot Wagadoogoochoochoo  into second place by a neck, with Lilly The Lioness a further ¾ lengths back in third.

Downey who is 17 and working for county Meath trainer Edward Lynam, added to Wednesday’s victory just two days later and once again it was Dundalk that proved to be a happy hunting ground for the former Scoil Dara student as he steered the Jane Foley trained Fleet Captain (6/4fav) to a ¾ length win over Eljowzah, to claim The Dundalk Stadium – Light Up Your Night Handicap (Div 1) – 7f, Race. This brings to nine the total of winners the Ballycaghan native has racked up in 2013 and his career as a whole and though he has no rides booked for the coming week, one thing is for sure the name Robbie Downey is one we will be hearing more about in the coming weeks and months.