Young Kilcock apprentice jockey Robbie Downey claimed his seventh winner of the year and indeed of his short career at Dundalk last Friday night, 22nd November. Downey, who is 17 and working for trainer Edward Lynam, steered 2/1 favourite Doc Holiday to a 3/4 length victory in the 7f Dundalk Stadium On Facebook Rated Race.

Downey has become something of a specialist around the county Louth all weather track, with all seven winners to date coming from there. As well as riding four winners for his county Meath based boss, the promising teenager has also rode three for Peter Casey.

The first of his winners came way back on the 8th of February this year and one could be forgiven for thinking the floodgates were going to open and that you’d be riding winners every week, but Downey worked hard, put his head down and when he finally crossed the line in front for the second time on October 4th, it was the start of six wins in just over a month, culminating in last Friday’s success.

Robbie Downey is not a name many people outside Kilcock or the racing world might recognise but one thing is for sure it is one we will be hearing plenty of in the future. Downey has four rides on Wednesday night, 27th November at Dundalk including the fancied Doc Holiday. 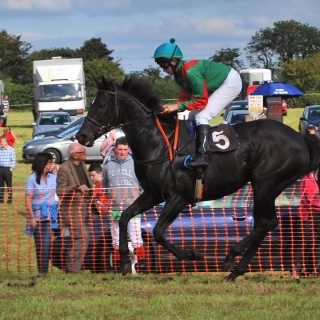